In photographic terms never was a truer word spoken than ‘Light is the key’. 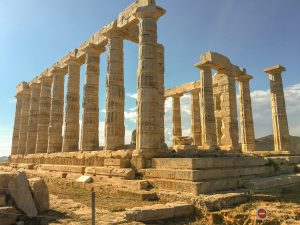 This is simply because photography is all about, understanding and capturing light.

Without light, photography wouldn’t be possible.

There are three things that affect the amount of light entering the camera they are, aperture, shutter speed and ISO.

These are often referred to as the ‘exposure triangle’.

So
far I’ve talked about aperture and shutter speed, and here I want to
mention ISO,.  it stands for ‘International Organisation for
Standardisation’

In the most basic terms, ISO is a camera setting
that will lighten or darken your photo. As you increase the ISO number,
your photos will grow progressively brighter. You’ll sometimes hear
photographers talking about ‘bumping up your ISO’, this is because
raising your ISO can help you capture images in darker environments, or
allow you more creativity with your aperture or shutter speeds. 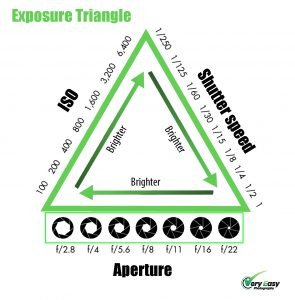 However,
there is an issue with raising your ISO, the higher you go the more
grain-like noise you’ll see in your images. This can mean more, tiny
dots and patchy colours in your photos. I’ll talk more about noise and
ISO in the full VeryEasyPhotography course. But at this early stage
introducing too much ‘technical’ jargo can be confusing.

So far,
we’ve covered all three variables that can affect your exposure;
aperture, shutter speed and ISO, they form the exposure triangle.

What is the exposure triangle?

It’s the relationship between aperture, shutter speed and ISO to create an exposure.

In this diagram you’ll see aperture is at the bottom, on the right is shutter speed and on the left is ISO.

Finally,
the arrows in the middle show how the exposure gets brighter or darker
as the settings work in relation to each other. As you alter one it has
an effect on one of the others

Which ever variable you alter has an affect on at least one of the other two.

View all posts by lowandhighsite